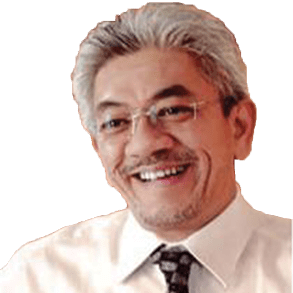 Tajuddin was the Senior Executive Director of Human Resources, Corporate Communications, Procurement and Quality at Felda Holdings Bhd and FGVH. Tajuddin has close to three decades of varied industry experience as a HR professional, with a track record in developing employees’ professional aspects, formulating and establishing successful initiatives in line with key business objectives and forming successful teams in the region.

At Felda Holdings, among his other achievements Tajuddin established key 3-year HR strategic initiatives around Capacity Building – including succession planning; leadership development; redevelopment of the group’s vision, mission, key competencies and shared values; and the establishment of ‘Academy FELDA’ in 2008 – Corporate Communications and Branding, as well as Human Resources

Earlier, he was Head of Group Human Resources and Administration for Bursa Malaysia Bhd. There, Tajuddin facilitated the development of KPIs for the Group and led the HR portion of the ‘Demutualize exercise’ that involved retiring the defined benefits retirement program and a total change in grading, titling and benefits offerings.

Tajuddin previously held several progressive roles with Motorola Electronics in Singapore, where in his last role was HR Director, Semiconductor Products Sector, Asia, among his other achievements, he led the integration of two acquisitions in Asia without impacting business operations, managed the setup of HR function for MOS17 (a wafer production operation) startup and BAT3 (semiconductor assembly and testing) transfer to Xiqing, China, a US$1+ billion investment that included setting up a fully operational site from scratch, establishing functional HR roles, hiring and settling of expatriates, and the overseas training of close to 300 Chinese engineers in the US. He also was responsible for developing a business intelligence database outlining all semiconductor design centers in Asia including their sizes, activities and in-country government incentives, as well as starting the first operational Rewards Organization as a Shared Service function in Asia. Tajuddin also helped develop and rolled out an employee ranking tool currently used globally.

You don't have permission to register