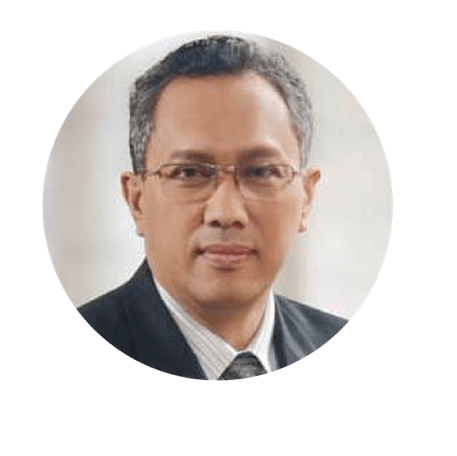 Fauzi began his professional career in early 1989 as a Sales and Marketing Executive with ECS Computers, a Singapore-based IT firm. He then moved on to Citibank (Malaysia) Berhad (Citibank) in 1990 to take up new challenges in the financial services industry as a Relationship Manager for the Citibank’s Public Sector Group. His career continues to flourish and he finally became Vice President & Senior Credit Analyst in Citibank’s Country Risk Management Division. He then made a career switch to pursue his deep interest in Islamic financial services sector which also helped in sharpening his skills in bank turnaround management by joining Bank Islam Malaysia Berhad (BIMB) in July 2005 as its eventual Chief Risk Officer (CRO).

Thereafter, given his experience in credit, risk management and turnaround work, he was then entrusted by the Ministry of Finance (MoF) to be the Chief Operating Officer for Bank Pembangunan Malaysia Berhad (BPMB) from September 2007 and after that as the Managing Director for Export Import Bank of Malaysia Berhad (EXIM Bank) from April 2008. His deep interest in Islamic banking continued as in 2010 he joined Asian Finance Bank (AFB) and thereafter Al-Rajhi Bank Malaysia (ARBM) as their respective Chief Risk Officers. His journey also brought him to MIDF Investment Bank (as Chief Credit Officer) before joining Bank Simpanan Nasional (BSN) in 2014 as its Chief Risk Officer.

His experience, expertise and skills are primarily developed and shaped within the financial services industry (banking) even though his early career started within the information technology (IT) industry. Given his educational background as a technically-trained person, the early knowledge and skills obtained during his tertiary education days were utilized to the fullest in assisting him managing the type of industries and customers that he had to deal within the focused credit and relationship exposures of the banking sector including construction, infrastructure, telecommunication & information technology, government services, engineering & consultancy, maritime, oil and gas, utilities, manufacturing especially in the high technology and export-oriented sectors, as well as retail banking products and services industries.

In addition, his years of dealing with these industries exposed him to wide range of issues and challenges facing the industries and became very useful in his extensive career in risk management, particularly so in the turnaround efforts of BIMB, BPMB and EXIM Bank. The same exposures and experiences were also made useful in his extensive subsequent management, assignments and responsibilities in the latter years, both in the corporate and retail banking arena.

Fauzi graduated in 1988 from The University of Southern Mississippi, Mississippi, USA, with a Bachelor of Science degree in Community and Regional Planning (CRP) and Geography (double majors) under the full scholarship of the Public Service Department, Malaysia.

You don't have permission to register