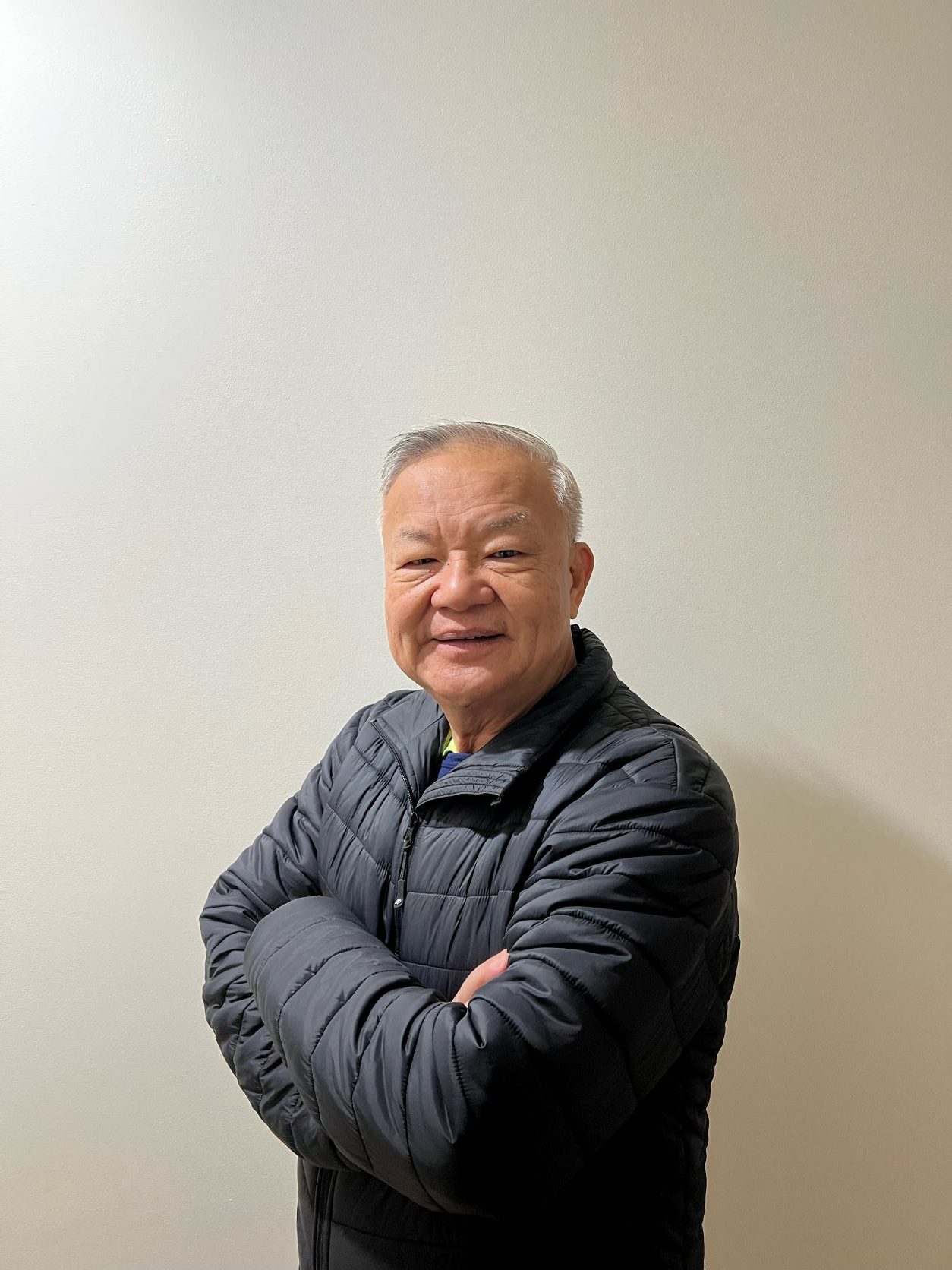 One question that is often asked of Tony Chin is what companies did wrong and became a distressed organisation. The Corporate and Debt Restructuring expert responds with just a one-word answer: “Management.” But he is quick to qualify this with a comprehensive explanation that lays out, in a nutshell, the approach which ended in disaster for many companies, as well as what they should have done to avoid the dire straits that so many found themselves in. Tony, who for many years was Chairman of the Board and Independent Non-Executive Director at Sumitomo Mitsui Banking Corporation Malaysia Berhad (“SMBCMY”), started his career as an external auditor with one of the Big 4.

“Management actually encompasses a lot of things,” he clarified. “It may not have planned or strategized properly, or may have relied too much on a single customer or supplier. It may not have updated itself on trends and technology, (and) got left behind. There are many issues which management needs to be ahead of but some of them weren’t. They took their eye off the ball, became complacent or too egoistic, and refused to listen to their own internal voices. The buck stops with management. You can blame it on many other things, but it’s whether management is planning for it or reacting to it.”

Companies get into trouble all the time but the Financial Crisis of 1998 and 2008 brought to bear many other factors; each was the catalyst that exacerbated the conditions already existing in many firms. Some companies struggled but managed to survive – but still took a while to regain former levels. “When you are in business, you can plan for anything but you also need a big dose of luck when you are in that kind of position!” he added. He speaks from more than three decades of experience, not just in auditing but as a banker, entrepreneur and a member of the senior management team of both local and multinational companies. Tony has undertaken C-Suite roles (CEO, COO and CFO) in his career at both public listed companies and unlisted companies.  He is also a professional Independent Non Executive Director having served on several public listed Boards in both Singapore and Malaysia.

In addition, his positions have seen him working with Australian, French, Japanese and Malaysian firms, each of which exhibited particular cultural characteristics that figured prominently in the way governance was approached. With the Japanese, “Everything is very structured,” he said. SMBCMY is a 100% subsidiary of the Global SMBC Group headquartered in Tokyo. It operates as a Malaysian bank owned by Japanese. Very strong emphasis is given to adhering to Group policies and procedures and compliance with the laws and regulations in both Japan and Malaysia.

The French firm had a totally different way of running their overseas operations. “It was pretty much hands-off. As a major multinational, they also had Group policy and procedures but they encouraged localisation and customisation to suit the local operating environment” he said. This degree of latitude was greatly empowering. He cited an example where time was critical in closing a deal but because of holidays in Europe, he was forced to make a decision that could have gone awry. It didn’t; and his French superiors acknowledged that although he crossed the bounds of his authority, they understood why he did it, and supported his decision. The culture of Malaysian companies differs altogether, he continued.

“The mid-sized public-listed companies in Malaysia tend to be owner-operated. They used to be SMEs before listing, and the original founding shareholders control a large block, or own the majority of the shares in the listed company, so they tend to continue to run it like a private company,” he said. “Management feels like their own money is being spent, and this prevents them from empowering their staff. They cannot delegate.” Such companies also tend to keep their own family members in the business even if they are not suited in terms of qualifications and experience for the positions that they have been appointed to. Further, the second generation is seldom as good as the first. “They may be better educated but feel entitled, and are reluctant to listen to the experienced professionals who have been hired to help run the business,” he said.

Another aspect of the Malaysian environment is that many companies have to act on instructions from the main shareholder, which may not be in the best interests of the company, as under the Companies Act, the interests of all stakeholders should be considered, not just that of shareholders. Certain appointments to positions of authority in these organisations also tend to complicate matters as these appointees may not be the best fit for the job. This may cause a misalignment of skills which may affect the performance of the management team.

Ideally, governance of any company should be the topmost priority. “If you have the governance right, everything will be in order. Governance is the bedrock, the foundation of the organisation. Companies go haywire if they don’t have the right governance to start with,” he asserted. “From governance, the culture of the organisation can be developed. Once the right culture is developed, people will still do the right thing even if no one is watching.” Organisations will find themselves better able to foresee and manage challenges, be sustainable with the right culture. Management needs to be aware and understand that it is employees’ passion for the job and the company that drives them to bring up its shortfalls, he asserted. Right-minded CEOs and controlling shareholders should value the feedback and insights provided by its employees.

Right-minded CEOs will also be astute enough to understand how to utilise board members and their collective wisdom as sounding boards to improve management performance, and ultimately the performance of the organisation. Board members rely to a great extent on the information provided by management but CEOs may see directors as more of a hindrance because of their unending questions and ongoing need for clarifications. But the reluctance to engage more concertedly with board members may sometimes be a personal choice on the part of the CEO, due to his individual, human characteristics, he explained.

Summing up on the role of the Chairman of the Board, he said this is the person who ensures the board functions as it should; that all members can speak and be heard; and discussion or dissension is appropriately managed. This person is also an arbiter, and while he/she may have his/her own views, this comes in last so as not to unduly influence the nature and extent of the discussion at the Board table. “The chairperson is also the conduit between Directors and Management,” he said. “If board members wish to raise issues which they feel are not being heard, they can bring it to the chairperson. The chairperson will collate the different viewpoints and engage management. In the public arena, if anything needs to be addressed, the chairperson is also the ‘face’ of the organisation.”

However, major statements are usually made by the CEO because the chairperson may speak out of context, which may be very damaging to the organisation, he pointed out, illustrating this with recent local examples. The tendency to make off-the-cuff, frivolous statements may be attributed to the lack of knowledge or understanding of the situation, he added, as the chairperson is usually non executive and is therefore not involved directly in operations, or has detailed knowledge of the technicalities of what happened, and thus would not realise the implications or repercussions of their statements on the reputation of the company. Companies nowadays are getting better in managing their engagement with the public at large. This is due to management at large enlisting the expertise of Public Relations Consultants to train them and the Board Members as part of the Disaster Recovery and Business Continuity Management efforts.

At the Boardroom, there is also greater emphasis placed on compliance. The various governments and authorities around the world have been busy issuing new rules and regulations so more time and resources needs to be spent on compliance now. The liability for non compliance is a major worrying factor for Directors as it usually involves a monetary penalty and possibly a jail term as well. Risk Management is also a major Board Agenda. “We tended to not look too far into the future before, but now with the availability of technology and big data, there is a lot of information that allows you to put things together and project possible scenarios,” he said. The focus now is shifting to the unknown or ‘black swan’ events, or emerging risks; and this has given rise to the need for business continuity planning.“In the old days, there was no structured continuity planning,” he said. “There was no manual to follow if certain events happened and Management is not trained or equipped to deal with emerging risks.”

Commenting on the relevance of the structured QRD certification programme offered by IERP and its fit with what is required at the board level, he said that the program has been very well structured in easy-to-learn modules, making it easier to understand and remember the key elements of what is required, especially for those who are only just entering the corporate world. It also makes a lot of sense to those who are more experienced, he said. Beginners in the field will benefit from learning something new; the more experienced will find it akin to a refresher course and will benefit from the practical sharing and engaging discussions.

With the extensive knowledge derived from more than three decades of experience in the field, Tony has become more involved in mentoring, in recent years. Starting during his stint as an external auditor, the ecosystem was designed for a supervising team member to provide pointers, guidance and advice to other team members at the conclusion of each audit assignment. On leaving the audit environment, he continued with the practice. “Everywhere I go, my priority is to make sure that I add value to the people I employ or supervise,” he said. “The knowledge they gain on the job is theirs to keep.” Describing himself as a one-person corporate and debt restructuring specialist, he works with the existing staff of the companies that engage his services to accomplish the organisation’s objectives and identifying his own successor in the process. He sees this as the personal social responsibility component of what he does, in the same vein as organisations practising corporate social responsibility.

Despite his long immersion in mentoring, he only ‘officially’ signed up as a formal mentor with his alma mater, the University of Melbourne about six or seven years ago, he said; at its Faculty of Business & Economics where he mentors both undergraduate and postgraduate accounting and economics students, and at another more broad-based programme which is offered to students from any discipline. Tony is also a Mentor at his professional associations, Chartered Accountants Australia and New Zealand (“CAANZ”) and at the Institute of Corporate Directors Malaysia (“ICDM”). He is a Fellow Member of both CAANZ and ICDM. He has mentored young professionals in the fintech industry and has conducted ‘Train the Mentor’ programmes.  The latter is to allow for greater reach to the Mentee community as Tony is a believer in “many hands make less work”

With his wealth of experience, what does he see as imperative for a person looking to jump-start their career? “Number one, without any compromise, is a good attitude,” he advised. “Basically, it’s attitude. If you have qualifications and experience but a poor attitude, I wouldn’t be able to do anything with you. People with poor attitudes are shutting themselves off from learning new things. The positive attitude, the hunger to learn, the open-mindedness, curiosity of mind – all these needs to be packaged with common courtesy and politeness. Also, treat people the way you want to be treated. If you start your career on this basis, you won’t go wrong.” 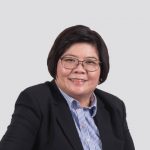 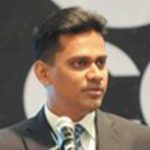 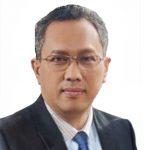 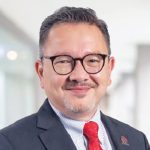